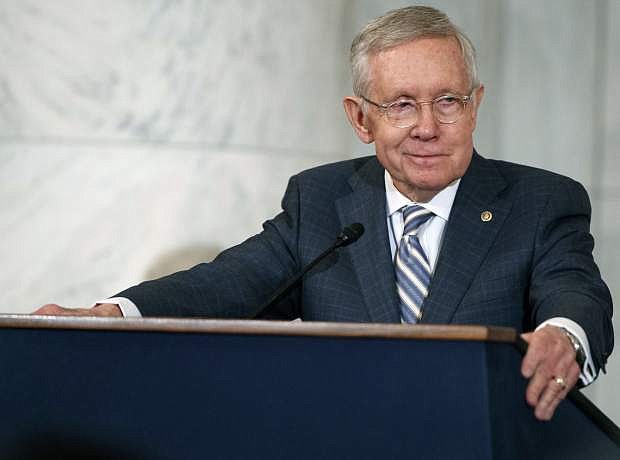 FILE - In this Dec. 8, 2016 file photo Sen. Harry Reid, D-Nev., speaks during a ceremony on Capitol Hill in Washington. Reid and John Boehner are going to co-chair a new public policy think tank at the University of Nevada, Las Vegas. MGM Resorts International and UNLV plan to bring plans for the institute headed by the retired U.S. Senate Democratic majority leader from Nevada and the former House Republican speaker from Ohio before Nevada university regents on Thursday, March 2, 2017. (AP Photo/Evan Vucci, File)