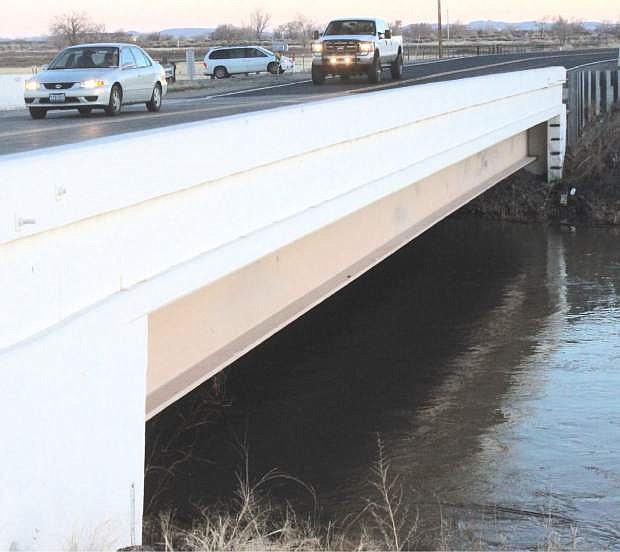 The Churchil County Commission declared a state of emergency today in order to access state resources if flooding becomes an issue in the Lahontan Valley this spring. This bridge crosses the Carson River on U.S.Highway 95 North.