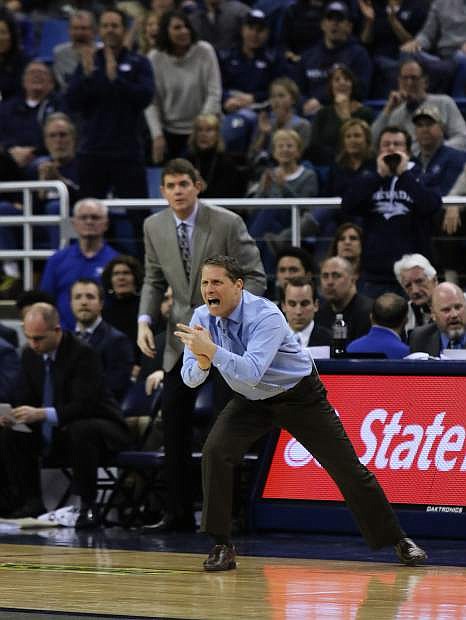 Eric Musselman encourages his team during a recent game against Boise State at Lawlor Events Center.