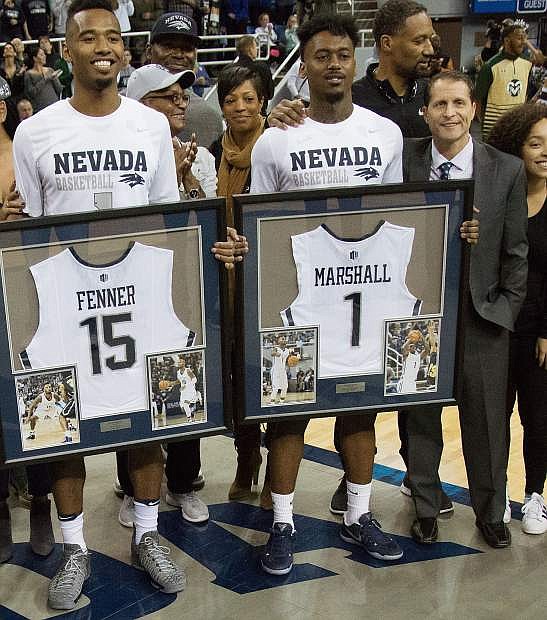 Nevada seniors D.J. Fenner, left, and Marcus Marshall were honored before the regular-season finale on Saturday.