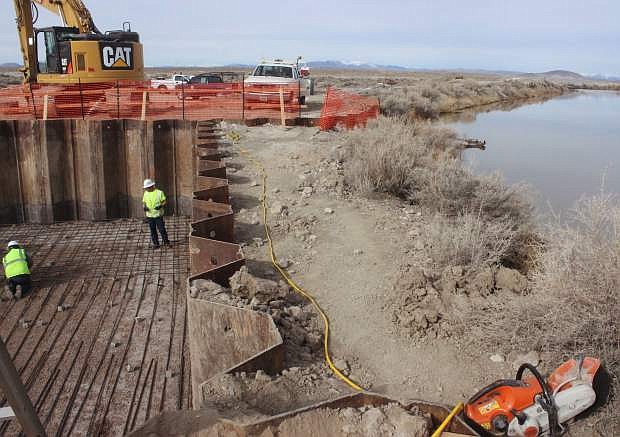 This view from last week shows the distance between the V-line canal and the weir construction.