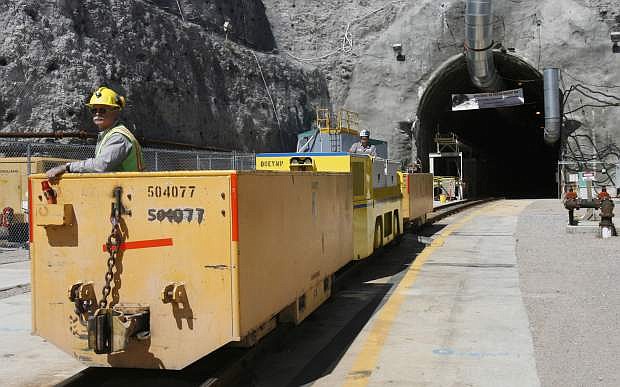 FILE - In this April 13, 2006, file photo, Pete Vavricka conducts an underground train from the entrance of Yucca Mountain in Nevada. Nevada lawmakers are being asked to commit about $3.75 million over the next two years to fund the fight against a federal proposal to bury the nation&#039;s most radioactive waste at Yucca Mountain, about 100 miles northwest of Las Vegas. (AP Photo/Isaac Brekken, File)