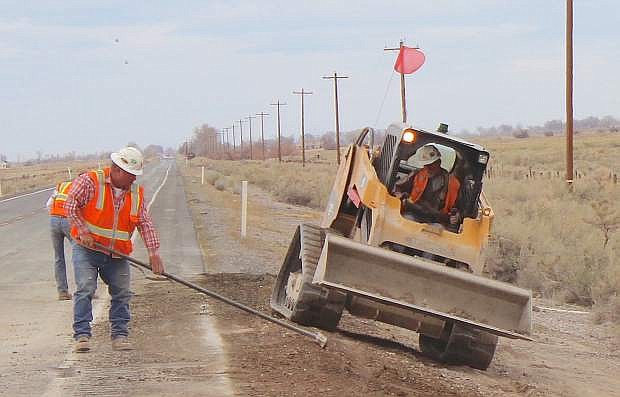 Crews finish last-minute work Wednesday afternoon on one of four culverts on U.S. 95.