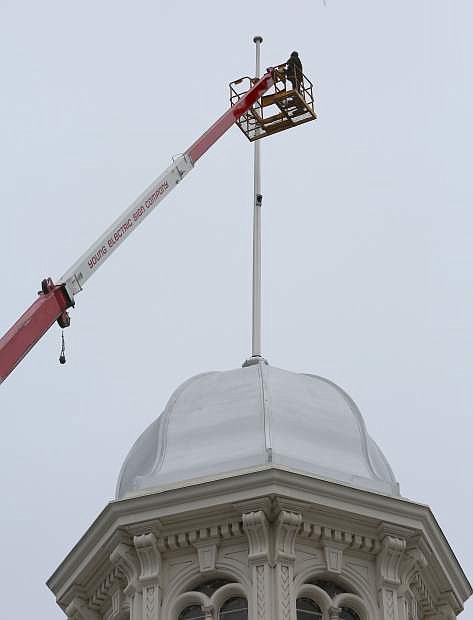 Tom Pierce attempts to repair the flag pole on top of the Capitol dome Tuesday morning, but high winds forced Pierce back to the ground before repairs could be made.