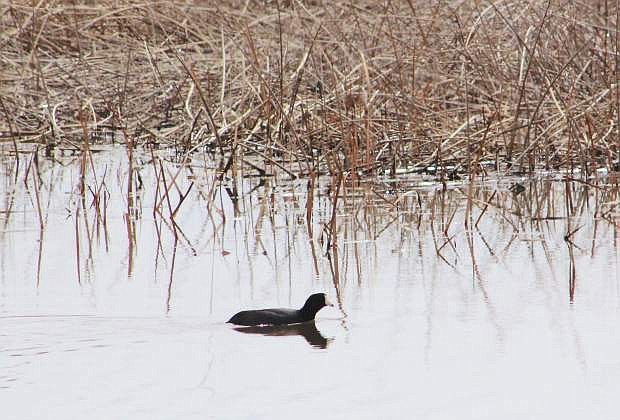 A duck enjoys the water of Stillwater Point Reservoir on the first day of spring.