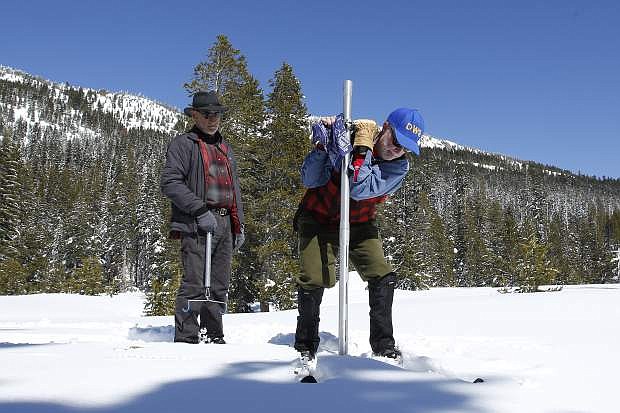 FILE - In this March 1, 2017 file photo, Frank Gehrke, right, chief of the California Cooperative Snow Surveys Program for the Department of Water Resources, plunges the survey tube into the snowpack as he conducts the third manual snow survey of the season at Phillips Station near Echo Summit, Calif. Surveyors will crunch across the deepest mountain snowdrifts California has seen in years on Thursday, March 30, 2017, to take the first snow measurement of the spring, a time when the snow begins to melt and flow downhill. (AP Photo/Rich Pedroncelli, File)