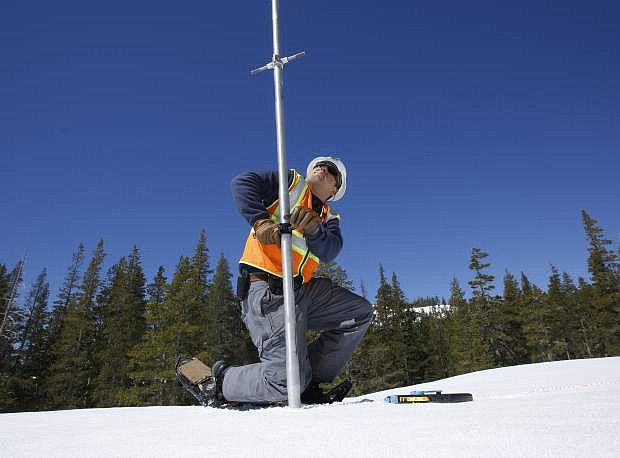 FILE- In this April 3, 2017, file photo, Tony Orozco, an hydrographer for the Pacific Gas &amp; Electric pushes the snow survey tube into the snowpack during a PG&amp;E snow survey near Spaulding Lake in Nevada County, Calif. State snowpack surveyors head out Monday, May 1, for the final manual measurement of the wet season. (AP Photo/Rich Pedroncelli, File)