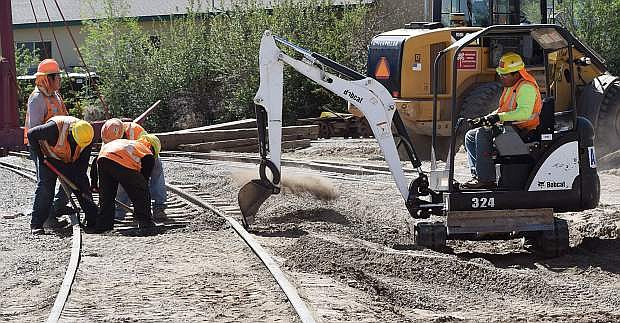 Work crews remove sediment caused by flood waters in January from the tracks outside the Nevada State Railroad Museum Annex on Thursday, May 4. The museum is expecting repairs to be completed in time for the Memorial Day weekend at the end of the month. Guy Clifton/Travel Nevada