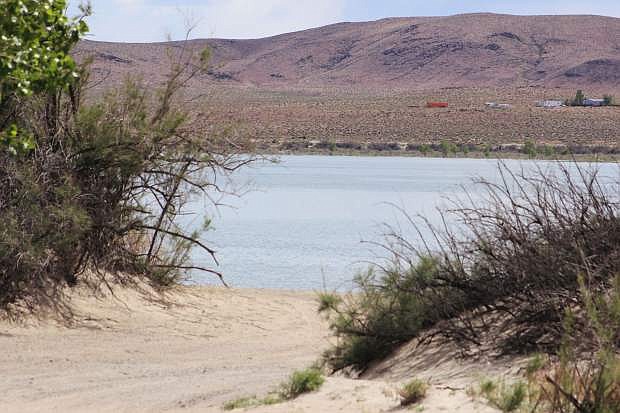 Lahontan Reservoir is receiving more water from the Carson River.