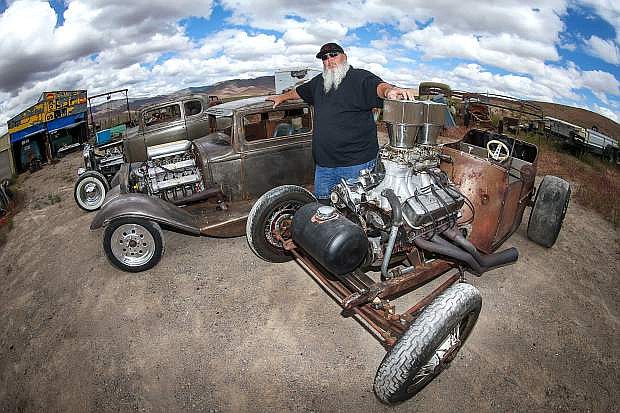 Rat rod builder Farrell Hurt poses with some of his favorite creations at his home in Stagecoach, Nev. on Monday, May 15, 2017. His cars will be on display during the Rockabilly Riot on June 22-25 in Mills Park. Photo by Cathleen Allison/Nevada Photo Source