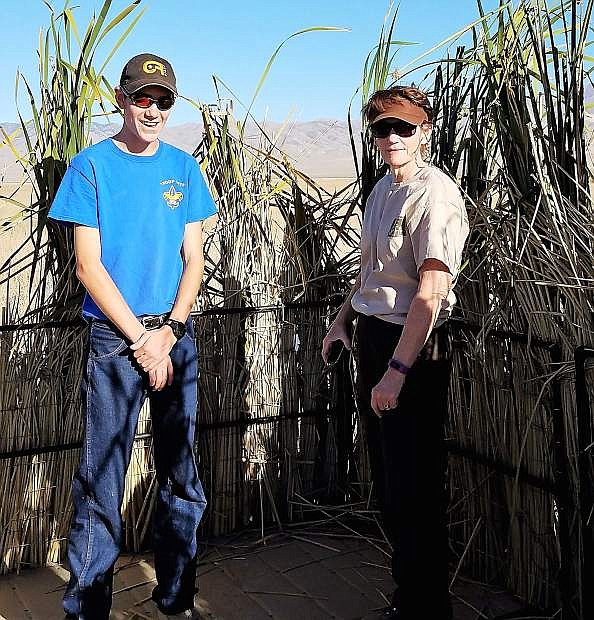 Eagle Scout Justin Cathey and Susan Sawyer of the U.S. Fish and Wildlife Service stand at the hunting blind.