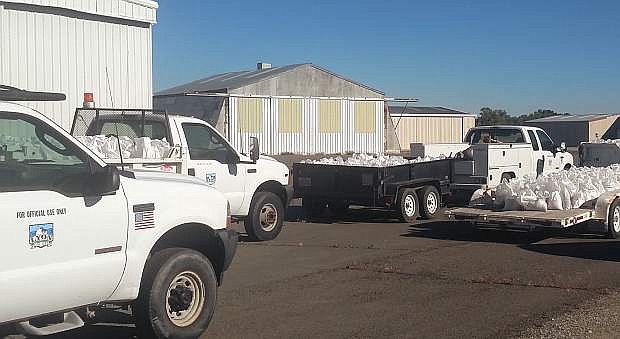 Crews from the city of Yerington, Lyon County, Nevada Department of Forestry inmate crews, civic organizations and citizens are filling and delivering sandbags throughout the Mason Valley community to senior citizens and the disabled.