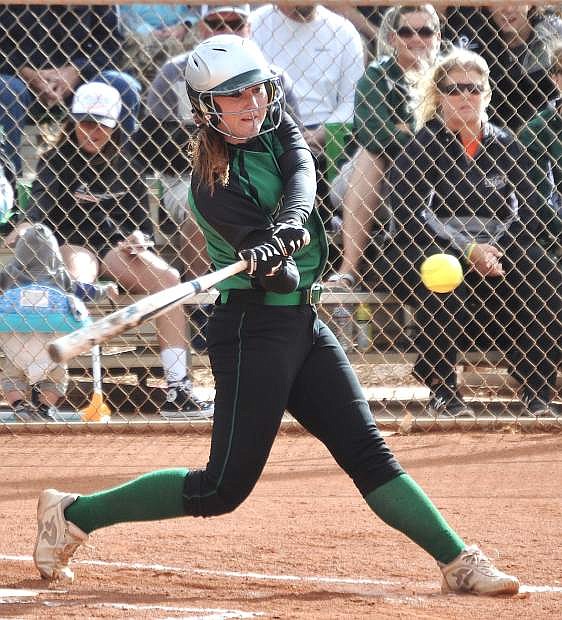 Kayla Buckmaster takes a swing at a pitch during Fallon&#039;s state softball game against Pahrump Valley.