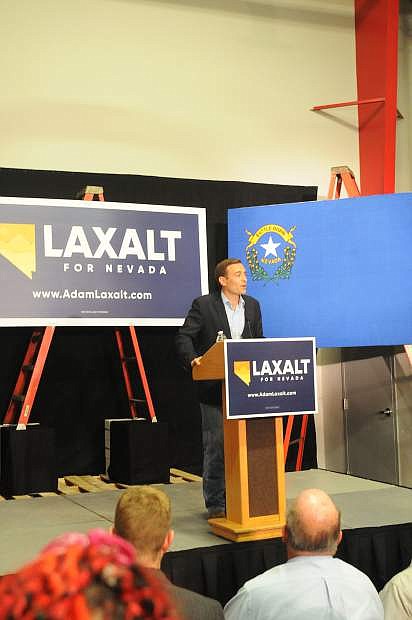 Adam Laxalt announced his run for governor on Wednesday.