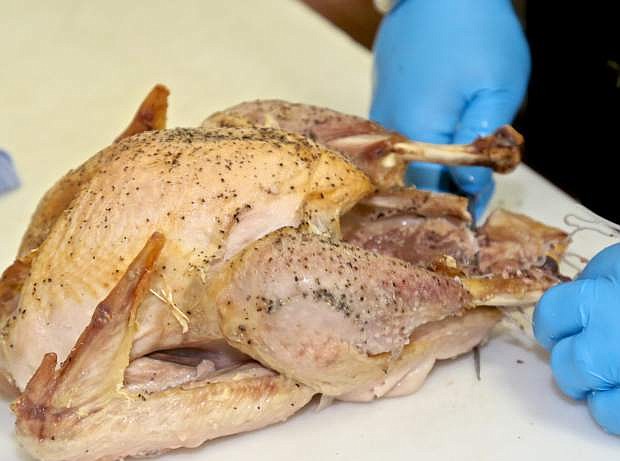 Over 800 people will be served a free meal at the Carson Nugget on Thanksgiving Day.