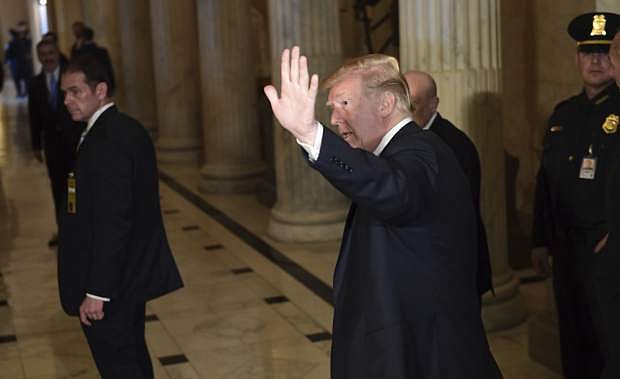 President Donald Trump arrives on Capitol Hill in Washington, Thursday, Nov. 16, 2017. Trump arrived at the Capitol for a pep rally with House Republicans, shortly before the chamber was expected to approve the tax bill over solid Democratic opposition. (AP Photo/Susan Walsh)