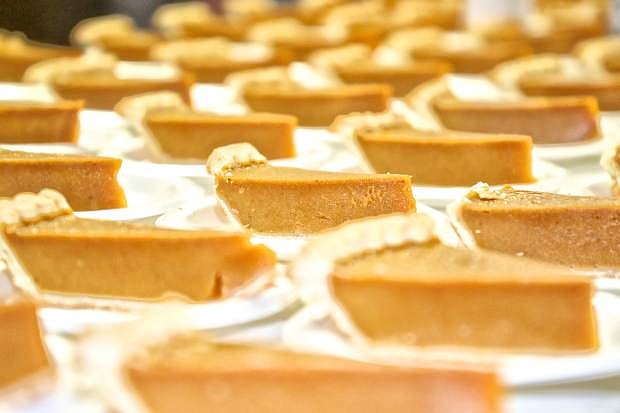 Slices of pumpkin pie waiting to be consumed at the Carson Nugget Thursday.