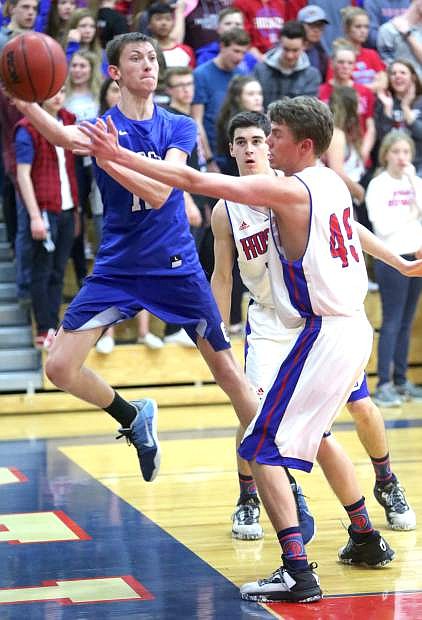 Trent Robison passes to a teammate before falling out of bounds in a playoff game against Reno last season.