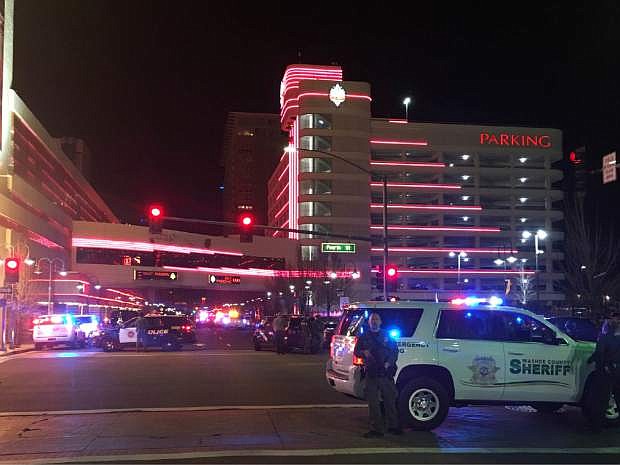 Police respond to an active shooter at a high-rise building of luxury condominiums in Reno, Nev., Tuesday, Nov. 28, 2017. A suspect is in custody after opening fire for at least 20 minutes Tuesday night, but there are no reports of any injuries, authorities said. The shots were fired at the Montage, a building in downtown Reno where SWAT teams and news vans have gathered. (Andy Barron/The Reno Gazette-Journal via AP)