‘An act of pure evil’ 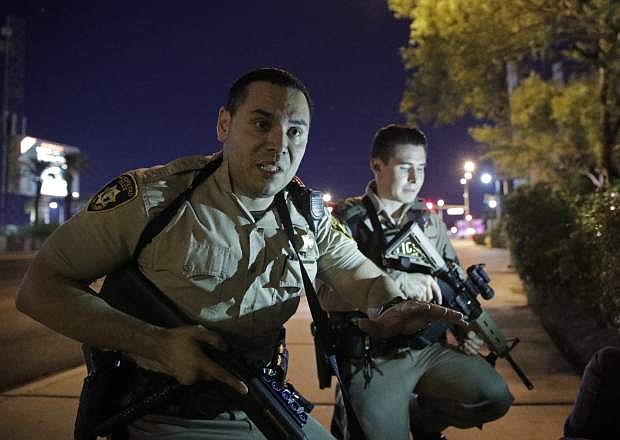 Police officers advise people to take cover near the scene of a shooting near the Mandalay Bay resort and casino on the Las Vegas Strip, Sunday, Oct. 1, 2017, in Las Vegas. (AP Photo/John Locher)