Family, friends mourn, honor loved ones who were killed 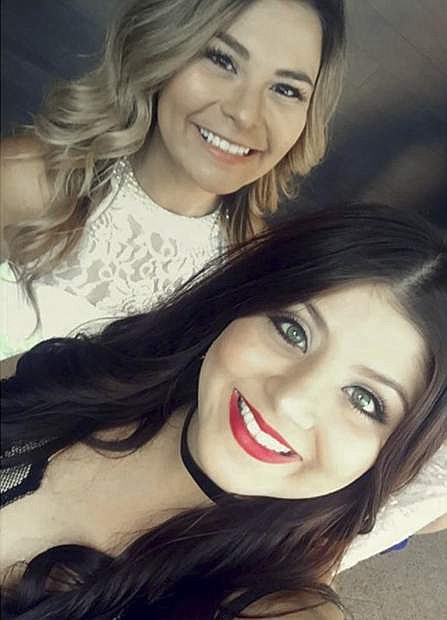 This photo provided by Marissa Nino shows a spring, 2017 self-portrait by her cousin Karessa Royce, 22, lower right, and her friend Pam Rios in Las Vegas. When Royce was wounded in the mass shooting in Las Vegas Sunday, Oct. 1, 2017, Rios rushed her to an ambulance which took her to a hospital. She was shot in the shoulder and is in intensive care following surgery for a collapsed lung, but is expected to survive. (Marissa Nino/Karessa Royce via AP)