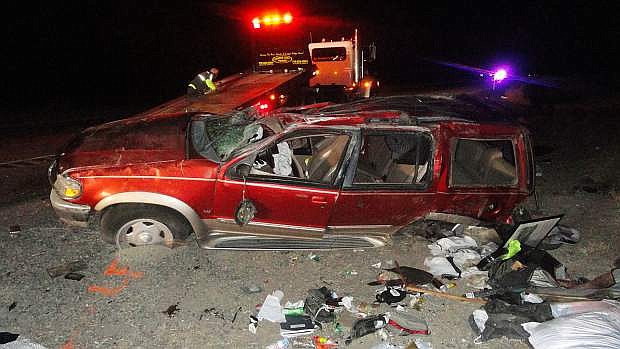 A driver was killed in Lyon County early Saturday morning when he tried to avoid a horse.