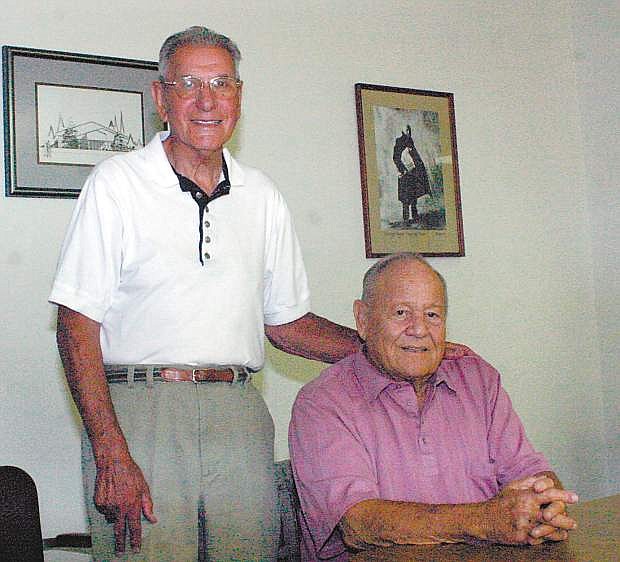 Educators Ed Arcniega, left, and Elmo Dericco attended a reunion in 2007 for the 50th anniversary of the 1957 sports teams winning state titles. Arciniega passed away on Wednesday at the age of 92.