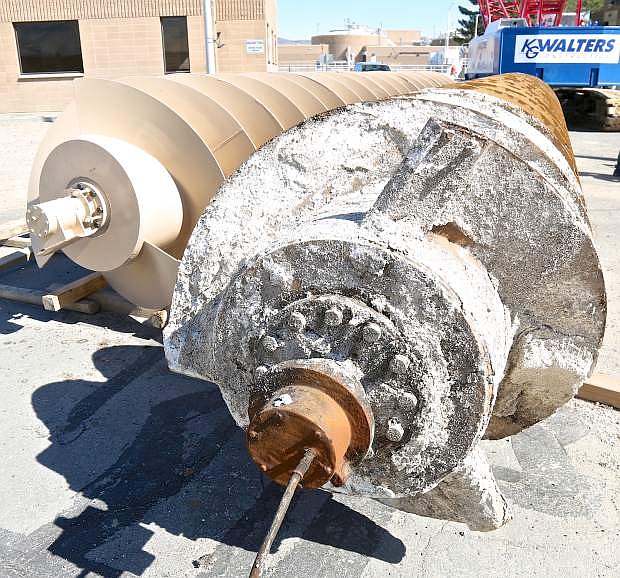 A 40-year-old lifting screw sits beside a brand new one that is ready to be installed Wednesday at the Carson City Water Resource Recovery Facility.