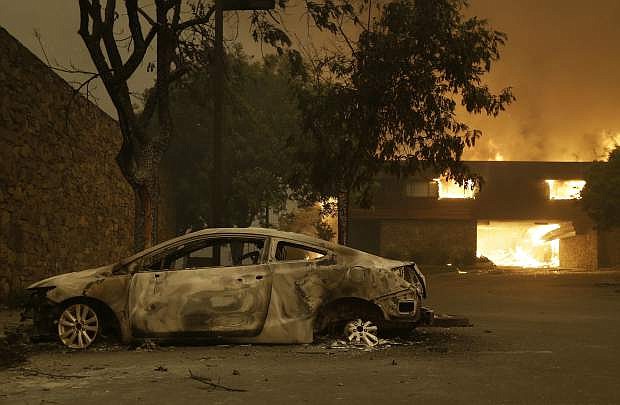 The remains of a car sits near the Fountaingrove Inn Hotel as it burns at rear in Santa Rosa, Calif., Monday, Oct. 9, 2017. (AP Photo/Jeff Chiu)