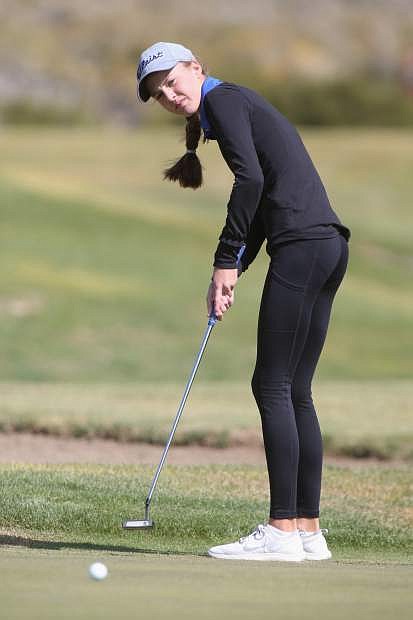 Karen Beglin putts on the second hole during the regional tournament on Tuesday.