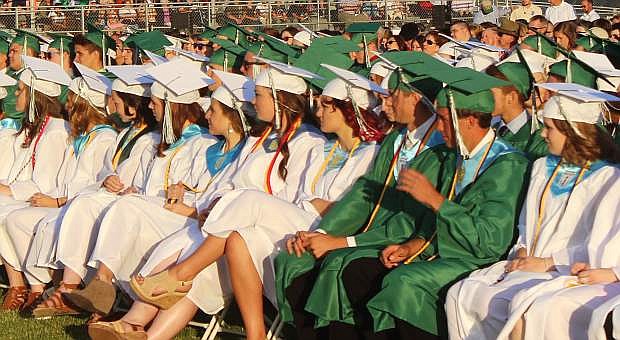 Graduation rates in Churchill County increased almost 15 percent for the class of 2017.