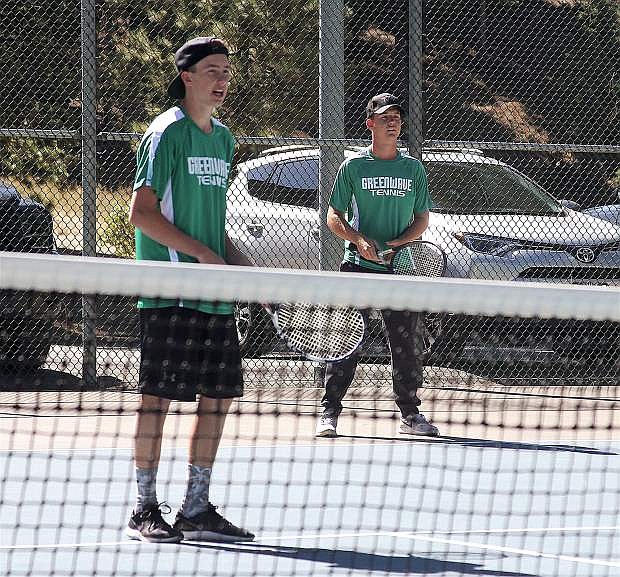 Blake Malkovich and Myles Getto, No. 2 doubles team for boys, prepare for the serve.