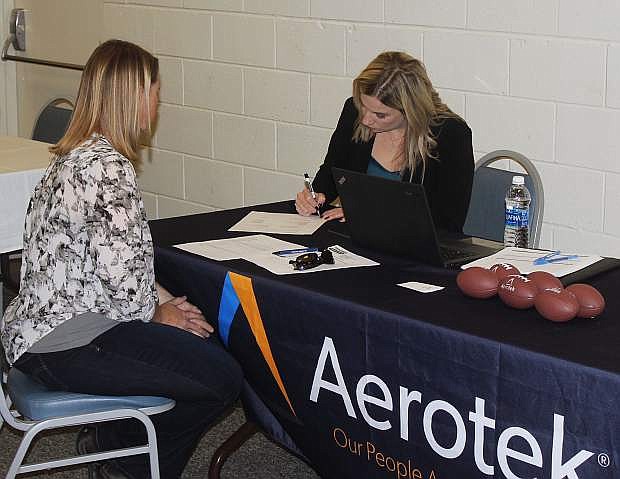 Karen Isbister, right, of Aerotek, a Reno staffing and recruiting firm, writes down information from an interested job seeker.