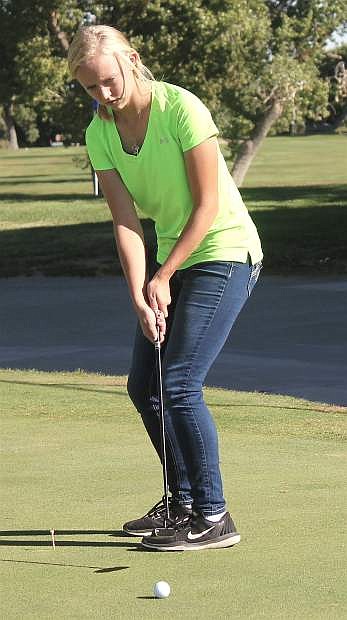 Allie Lister practices putting at the Fallon Golf Course. During the state tournament she broke 100 for a new personal best.