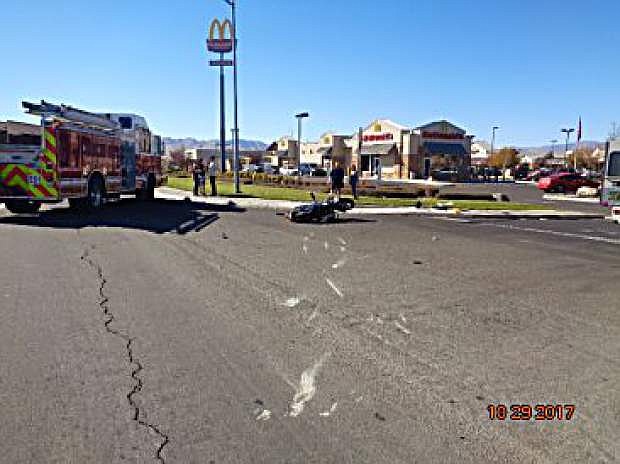 A crash involving a motorcycle and SUV claimed the life of the motorcycle rider in Fernley.