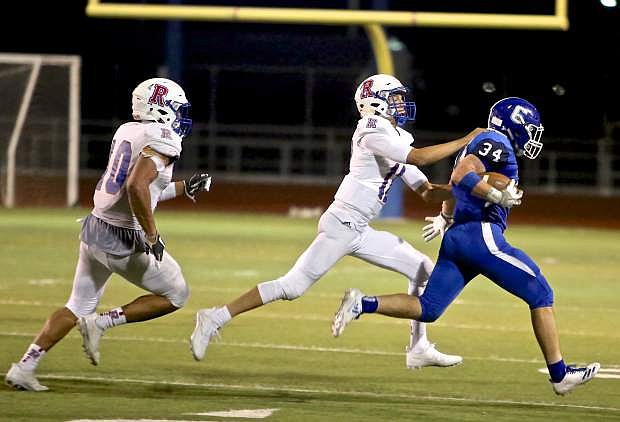 Abel Carter nearly breaks an interception for a touchdown late in the first half against the Reno Huskies Friday night at the Jim Frank Track and Field Complex.