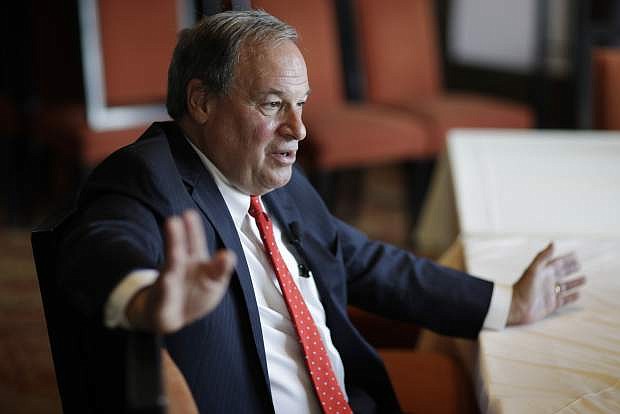 Nevada State Treasurer Dan Schwartz speaks with the media after an event Tuesday, Sept. 5, 2017, in Las Vegas. Schwartz announced that he&#039;ll run as a Republican for governor in Nevada. (AP Photo/John Locher)