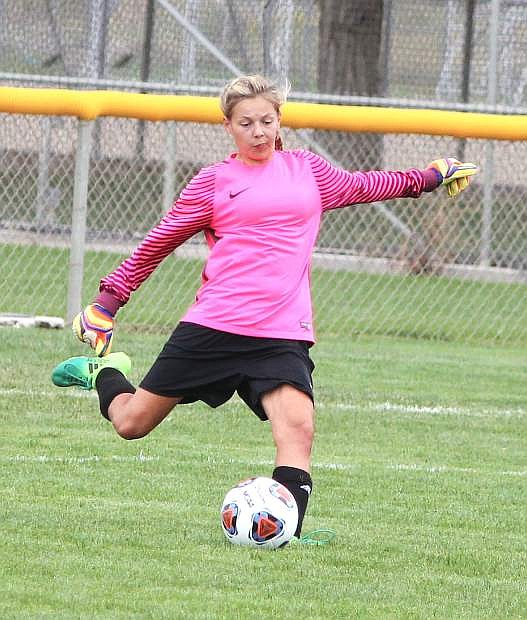 Samantha Hines kicks the ball back into play at the CCHS field.