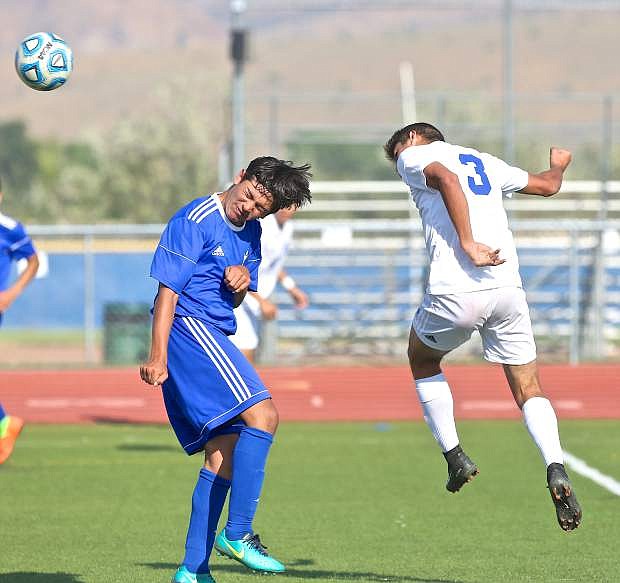 Senior Julio Loera heads the ball towards the Reed goal Saturday at the Jim Frank Track and Field Complex. The Senators won the game 3-1.