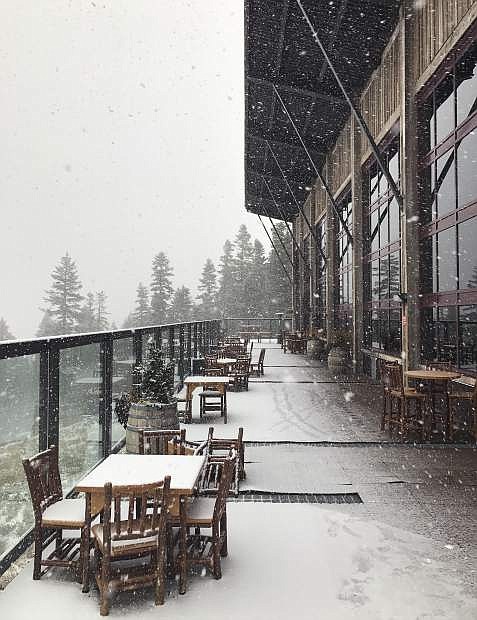 In this image provided by Northstar California, flakes of snow come down on Zephyr Lodge at the Northstar California Resort Thursday, Sept. 21, 2017, in Truckee, Calif. Snow is falling in the Sierra Nevada on the last day of summer, dusting hills and ski resorts with fresh snow and stoking excitement for an early skiing season. Forecasters say a rare cool weather system moving south from Oregon is bringing mountain rain and snow showers to the Sierra Thursday. Warmer and drier weather is expected by the weekend. (Northstar California via AP)