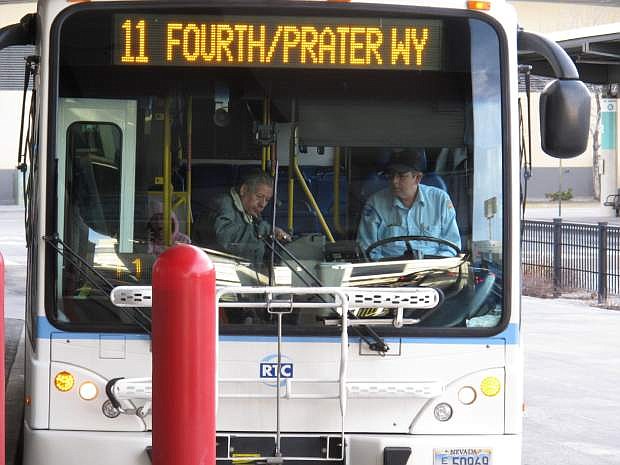 FILE - In this March 2, 2016 file photo, a passenger boards a city bus while the driver looks on at the bus station in downtown Reno, Nev. A federal judge has given northern Nevada&#039;s largest public transit system the green light to begin recording audio along with video surveillance on city buses despite objections from the bus drivers&#039; union that it&#039;s an illegal invasion of privacy. U.S. District Judge Miranda Du said in a ruling this week neither the drivers nor their passengers have a right to privacy because conversations on public buses are not private. (AP Photo/Scott Sonner, File)