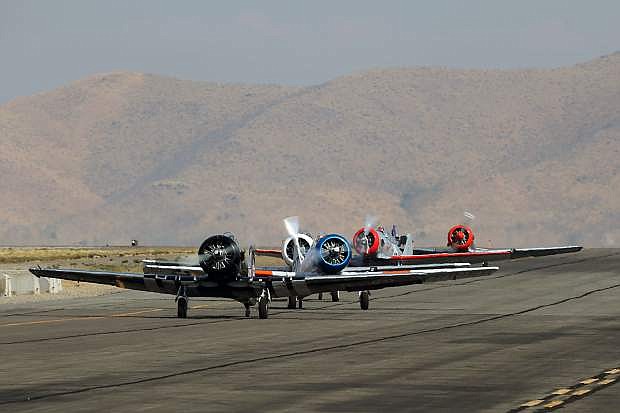 T-6 class racers taxi to the end of the runway before taking off to race.