Carson High notebook: Laplante has ups and downs for Senators 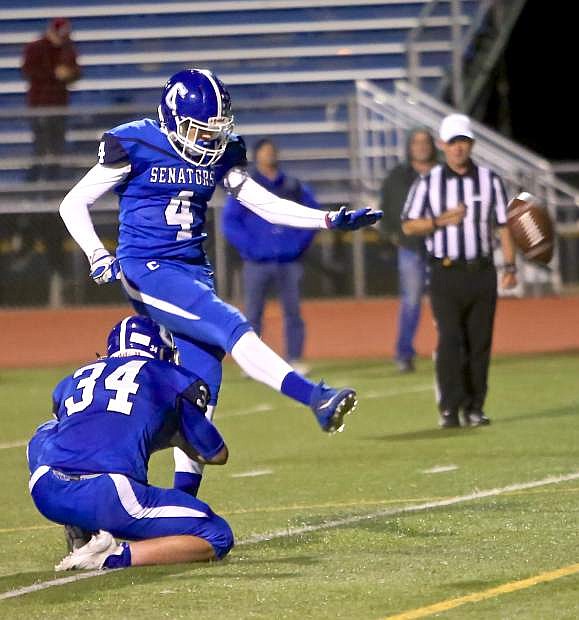 Senator kicker Tanner Kalicki boots one through the uprights Friday night at the Jim Frank Track and Field Complex.