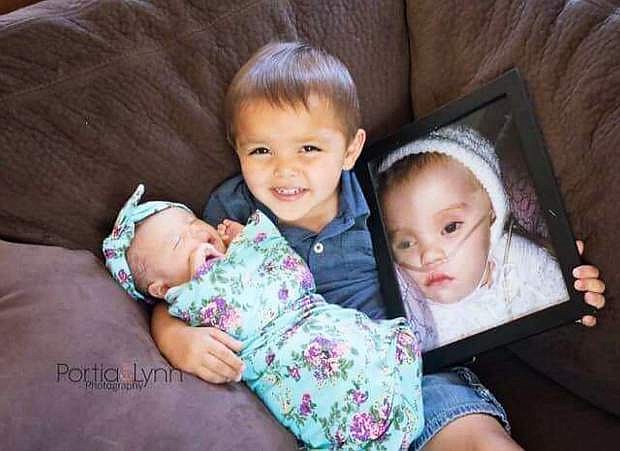 Anakin Garcia holds both of his sister:, Wren, left, whom is battling Vanishing White Matter, and a photo of Winter, right, whom died from VHM at 8 months old.