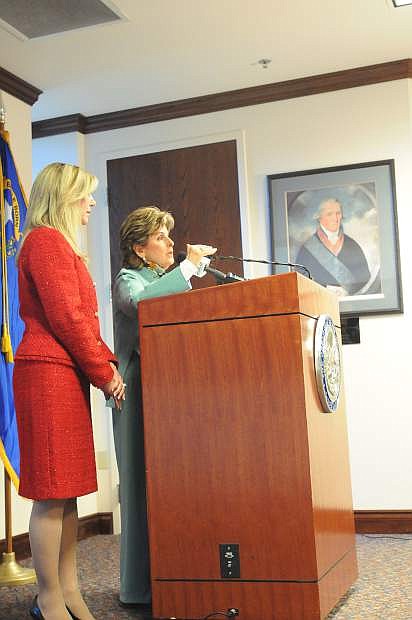 Attorney Gloria Allred makes the case to ensure the parole board considers domestic battery convictions in decidingwhether to release an inmate while Nevada Assemblywoman Lisa Krasner, who is sponsoring the legislation, looks on. The bill was drafted in the wake of the board decision to parole O.J. Simpson, who was charged with domestic battery in 1989.