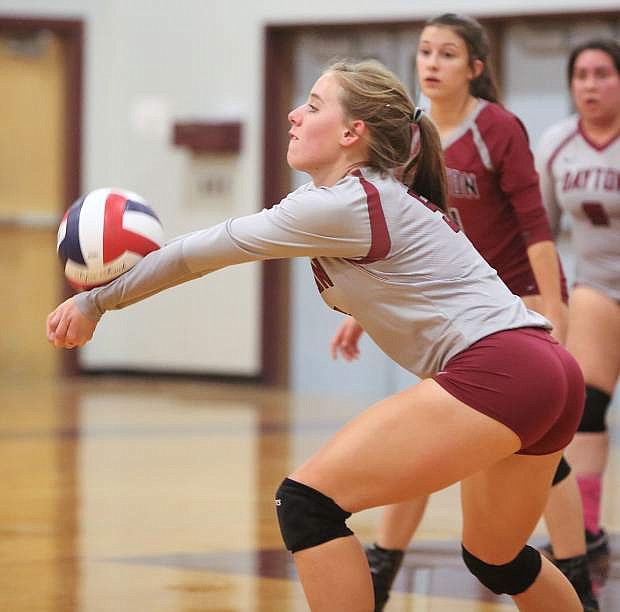 Ashley Mason bumps the ball in a match against Fallon on Monday.