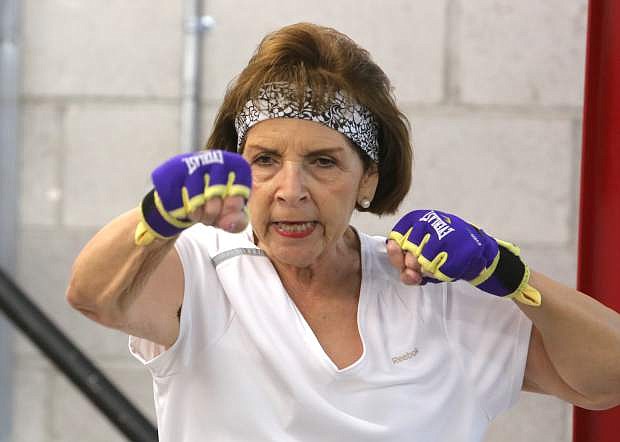 Gloria Navarro warms-up with a jabbing drill at the beginning of the hour long Parkinson&#039;s boxing program.