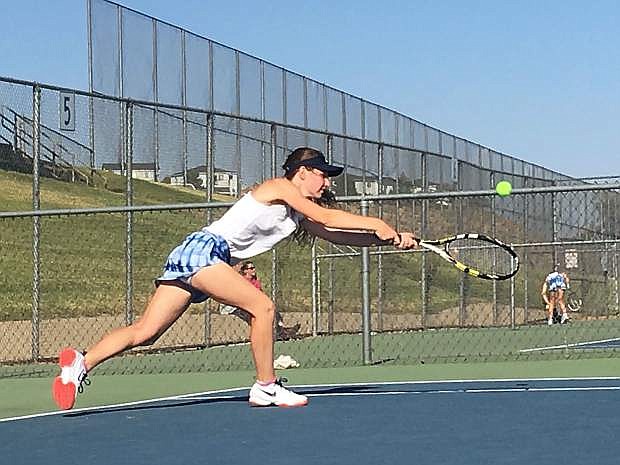 Douglas senior Maya Smith is the first finisher for the DHS girls Friday at Lampe Park.