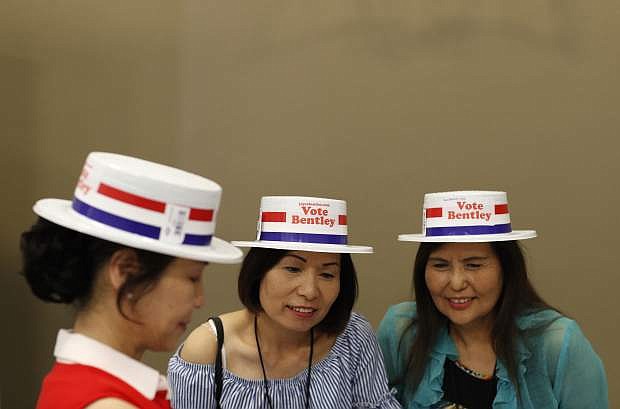 From left, Alice Xie, Kiki Lin and Melody Wong attend an event to meet political candidates, Tuesday, Aug. 28, 2018, in Las Vegas. Candidates running for office in Nevada are making a concerted effort to reach out to Nevada&#039;s growing Asian-American and Pacific Islander community with the hope that those voters will swing tight races in the battleground state. (AP Photo/John Locher)