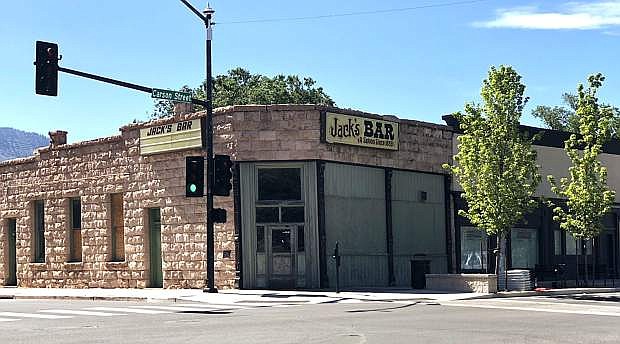 The renovation of the historic Jack&#039;s Bar building in downtown Carson City is ongoing.